Today we will meet you with Noah Reibel, our 2019 volunteer who came to Bulgaria from the US to volunteer and get to know more about the Bread Houses Network. He spent around 3 weeks with us at the Sofia Bread House and got involved in a wide range of activities, supporting us with the creation of photo and video materials as well as valuable help during the bread making events. Just before the world’s pandemic, Noah was planning on how to start a bread making program in the Syrian refugee camp in Ketermaya, Lebanon. 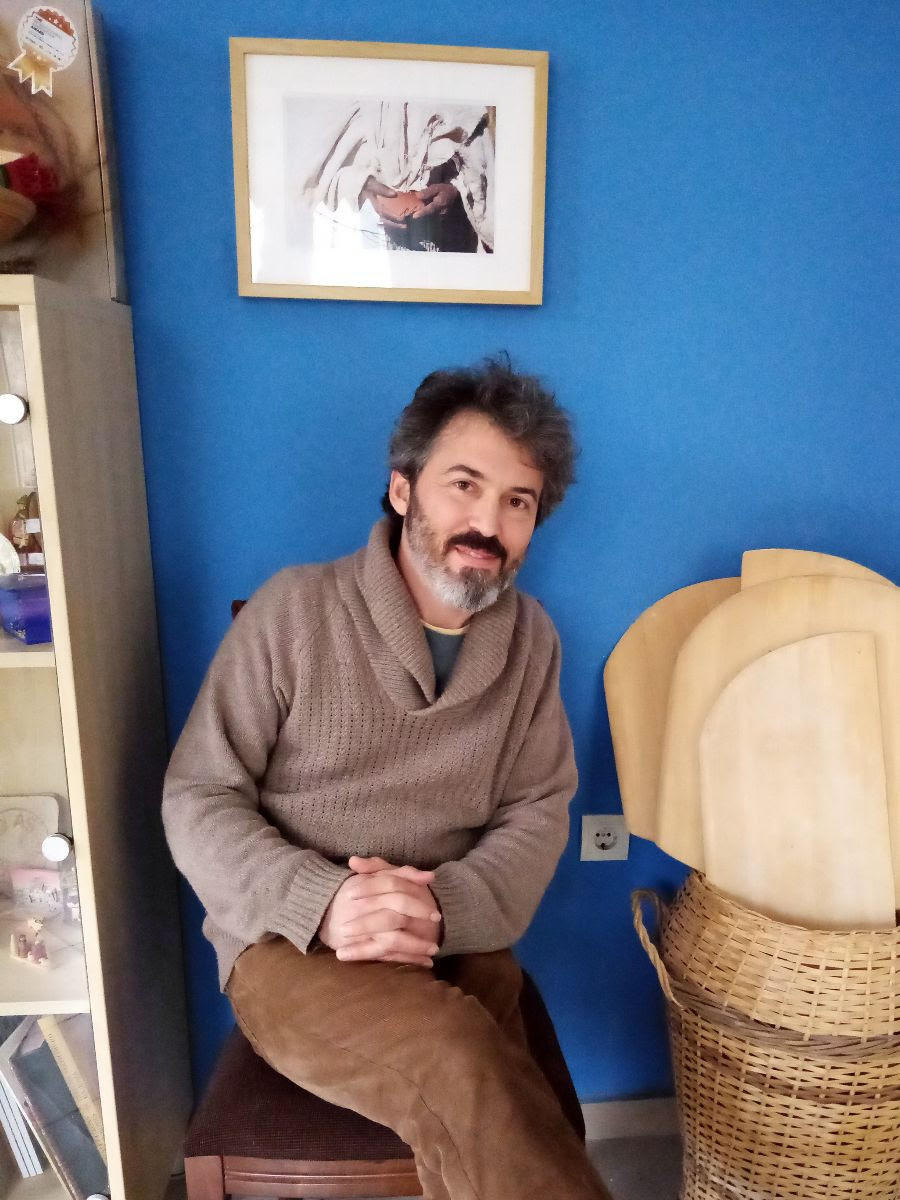 I discovered Bread Houses Network on the Internet. I was looking for non-profits that have experience working with refugees and that somehow incorporate baking and breadmaking into their social mission.

I took photos of Bread Therapy sessions for adults with developmental disabilities such as Down’s syndrome. I accompanied Nadia and her team to the children’s ward of a hospital for breadmaking and bread music (!!!) with the kids and their families. We did a session with refugees from Syria and Afghanistan at the Bread House. There were team building sessions for colleagues who work for an automobile company, and Americans who were in Sofia on Fulbright fellowships.

Drawing with the flour as a vehicle to get people to open up about themselves, discuss their lives, their goals and get to know one another. It’s so interesting and usually it works! 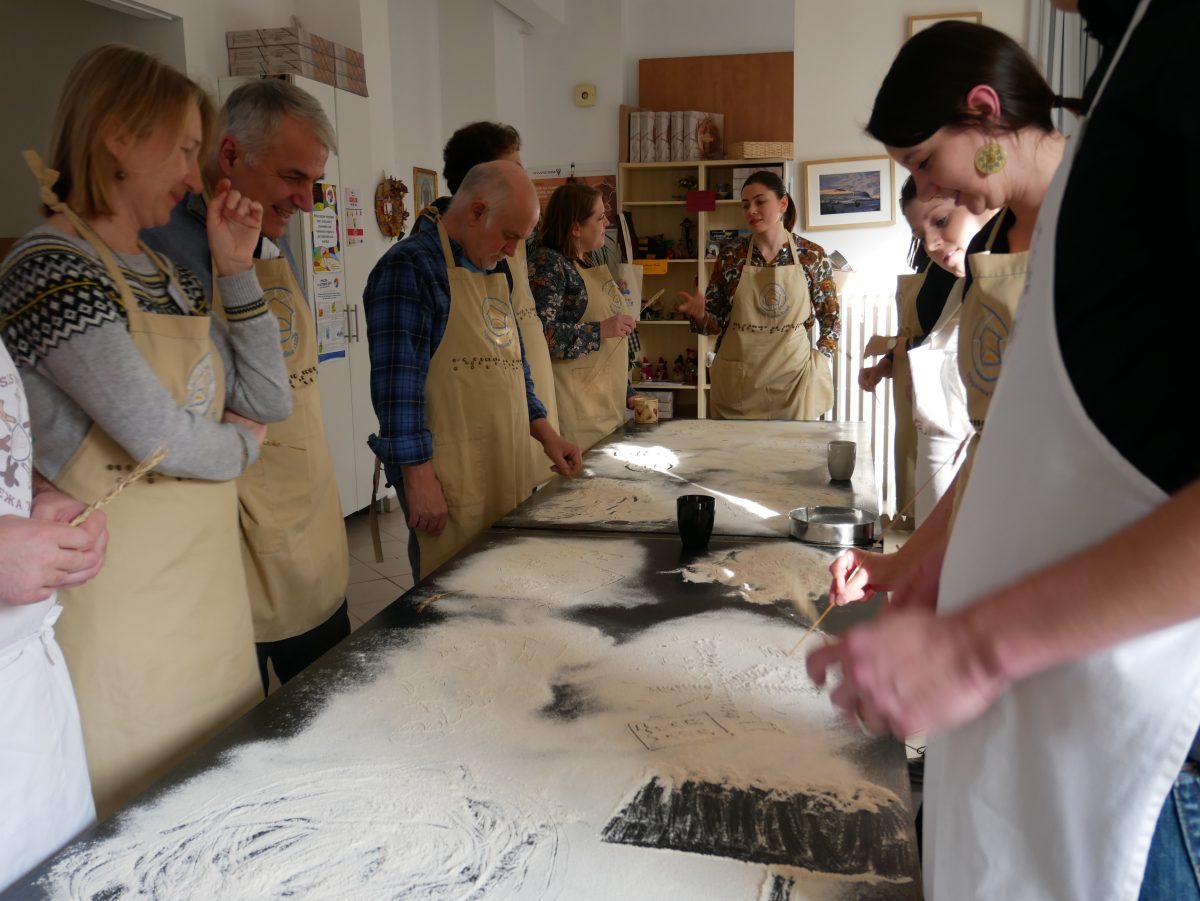 There was a father at the children’s hospital who had his daughter on his lap and he was helping her knead dough. I’m not sure what she was suffering from, but her muscles were atrophied and she wasn’t able to move easily. Watching him gently help her roll out and shape the dough was very powerful. I won’t forget that.

That afternoon was special. The children were shy and reserved and we were a little late getting set up. The music and the songs were funny and helped lift everyone’s spirit. There was another little girl there who was being treated for epilepsy. She was adorable and she was having so much fun.

It was a privilege to be there for that!!! 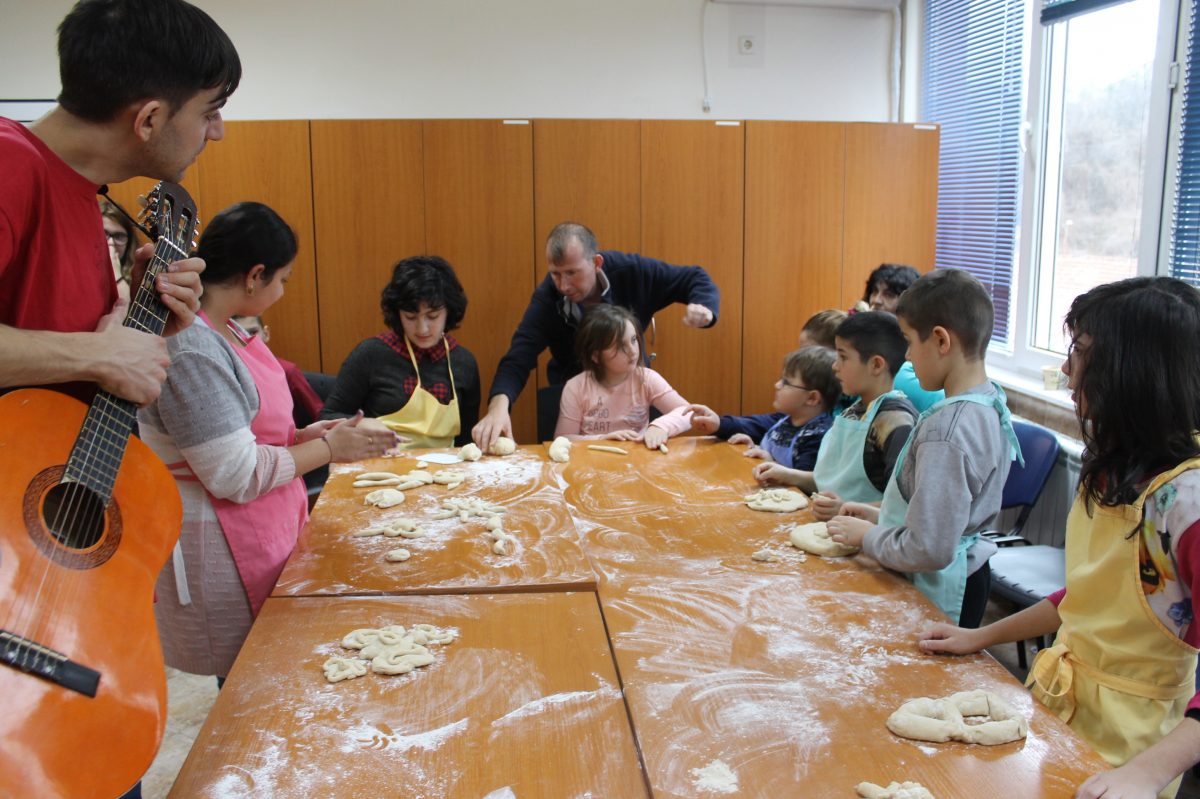 That’s a tricky one. It made me think about how much we need one another. I know that is a bit of a cliché’ or an overused aphorism. We all get lost sometimes in our daily struggles and problems, work, having to pay the bills, etc… but we mustn’t lose sight of the inherent value of every one of us. We can accomplish so much when we help one another and work together.

Well, I would like to return to Lebanon. I found Bread Houses Network because I visited a Syrian refugee camp outside of a village there called Ketermaya. It’s in the Chouf region about an hour’s drive south of Beirut. The people living there are mostly women and children from a suburb of Damascus that was bombed and destroyed by the regime during the civil war.

They’ve been living there for nine, ten years now. There are babies born there who have never seen Syria or experienced life outside of a refugee camp. It’s an informal camp – it doesn’t receive much support from the UNHCR or other international agencies. I’ve been there twice with a friend who runs a small charity called HelpSyriasKids that tries to raise awareness and some money to provide some support. It’s a wonderful charity but it is small – a drop in the bucket, really.

I was trying to think of something that the families there could really use. I thought of trying to purchase a commercial oven for the camp – so they can bake for themselves or maybe bake for sale. I also thought beekeeping might work there. The honey from Lebanon was the best honey I’ve ever tasted and there is a lot of api-culture in the Chouf.

I’m not sure. I’d love to find partners on the ground in Lebanon for this, but the country is going through a very rough time and it’s difficult to travel anywhere right now because of the pandemic. We’ll see… I’m still hopeful.

I’d like them to know that BHN is about so much more than baking bread. The BHN team is really terrific and there’s a lot of thought and care that goes into everything they do – planning and preparing for the groups, working with different organizations, keeping up with community breadmakers around the world. It’s a lot of work and everyone there is really dedicated to the BHN mission to build bridges and nourish a sense of community.