And the Award for the most Innovative European Volunteer Initiative for 2019 goes to… Solidarity Bread!

We are happy to announce that the joint initiative of the Bread Houses Network and Food not Bombs was awarded in Brussels as the most innovative volunteer initiative for 2019 and enjoyed the interest and recognition of the dozens of European organizations that gathered for the Volonteurope Annual Conference with a focus on solidarity, democracy and social justice. 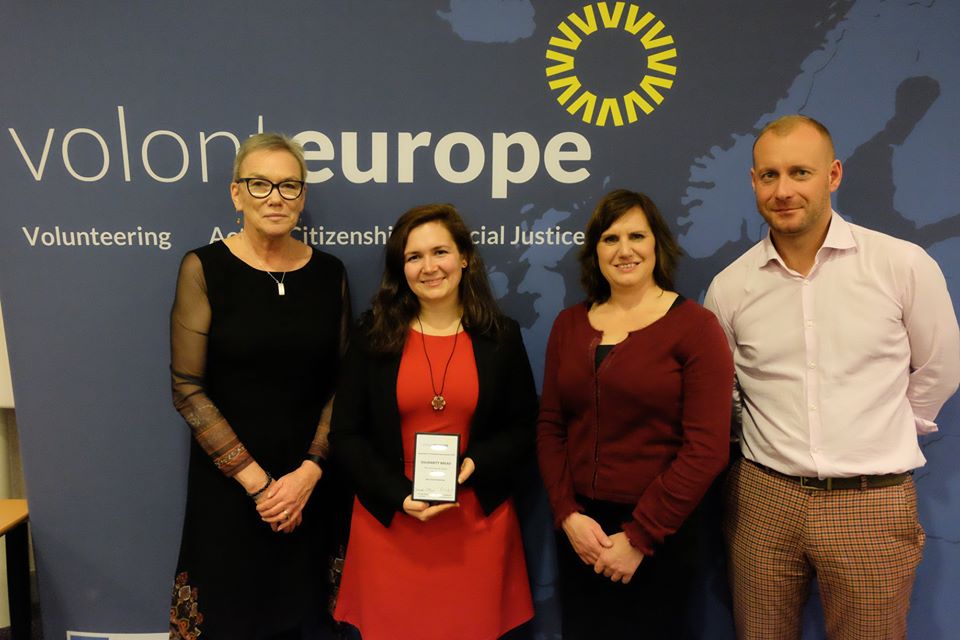 The Solidarity Bread initiative was nominated by the Tulip Foundation, which supported our application throughout the selection process. One month before the ceremony, only 3 initiatives were shortlisted from all of the nominations – SAFE Project (Sexual Awareness For Everyone), RUTIS the Portuguese Network of Senior Universities and Solidarity Bread of the Bread Houses Network. The three initiatives were to produce a short video and a presentation demonstrating innovation, social inclusion and impact on civic engagement.

Solidarity Bread is perhaps the most inspiring Bread Houses Network’s initiative. The first event took place in November 2017 and over the last 25 Saturdays of the month the initiative brought together a diverse palette of people – social activists, volunteers, foreigners, bread makers from the community, refugees, disadvantaged people, more than 400 participants. The bread is distributed and shared at the Solidarity Kitchen on Sunday as part of lunch. It is an initiative to share food beyond charity, in solidarity, with direct communication and involvement of people in the activity. The idea is that disadvantaged people have the opportunity to interact with other people, to share views, ideas and opinions on topics and to prepare their own bread.

Here is what the award judge – Gabriela Civico, Director of CEV European Volunteer Center – shared about our initiative:

“In this project, I saw how different European values ​​intertwine, uniting volunteers to put together bread, talk, listen, exchange ideas, and this always goes on to share not only food but also ideas and common activities that bring together community.

“People from different backgrounds and realities are involved in the initiative. And flour is not so expensive, which makes it easy to reproduce the project around the world, which makes it innovative in its universal applicability. “ 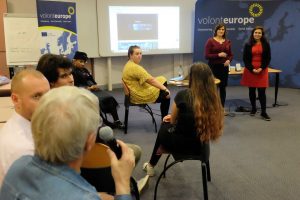 Following the awards, the Bread Houses Network was invited to join a political debate on Europe’s values ​​today and civic engagement through volunteering. More information on the topics covered could be found here.

We take the opportunity to thank the hundreds of volunteers who join Solidarity Bread every last Saturday of the month and help build a more cohesive and strong community, and the Solidarity Club of Food not Bombs for the amazing partnership, which we also enjoy Tulip Foundation, which nominated and supported the initiative.

And we will be waiting for you on 21st December for the last Solidarity Bread for 2019!