Between 12th and 15th July Zdrava Vodenicharova from the Sofia Bread House visited Ulm, Germany and took part in series of events part of the project Tastes of Danube – Bread Connects. On July, 13th the conference “Intangible cultural heritage in the Danube Region – a national asset or a contribution to European identity?” brought together more than 100 representatives from 13 countries in the Danube. Apart from lectures about cultural heritage as a contribution to European identity, partner groups of the project reported their experiences with the method “Bread making as a social event” of Bread Houses Network in which they were trained and certificated in October 2017 in the Sofia Bread House. In the evening, the Danube-Networkers celebrated their 10-year anniversary at Haus der Begegnung in Ulm. On July 14th Zdrava visited the old, but still very active community oven in Seissen village where together with other participants and the mayor Barbara Rüd baked traditional breads. The afternoon was spent in the unique Museum of Bread Culture in Ulm.

The highlight was the Danube Bridge Breakfast on 15th July located at the historical bridge Herdbrücke which connects the two parts of the city. Citizens from Ulm and Neu-Ulm and the surroundings, as well as people from different Danube countries were invited to the event to taste small snacks and to talk about everyday life, cultures, interests and experiences. The activity on the connecting bridge illustrated the uniqueness of the Danube neighbor countries as well as the goal of the organizers to live in a peaceful and solidary Europe united in diversity. Most sincere thanks to Carmen Stadelhofer and her team! 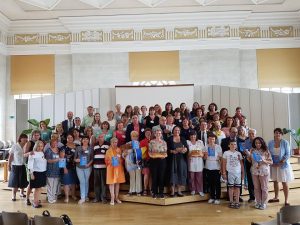 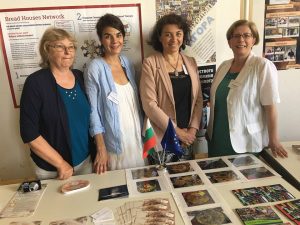 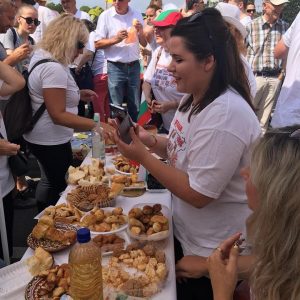