In March 2014 I had the chance to visit Austria and its Alpine part around Salzburg for the first, as I was invited there by a network of life and career guidance organizations, which help the social integration and career guidance of low-income immigrants and refugees. They wanted me to train them in the alternative career guidance method “3S: Sifting-Shaping-Sharing”, which I had developed to orient students and young people towards socially-responsible and creative professions: we do this by a mix of collective bread-making with three role games and many metaphors, story-telling, and imagination of potential future professional and personal paths. 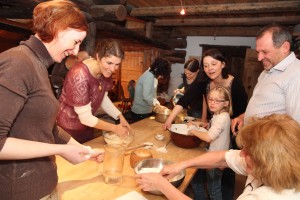 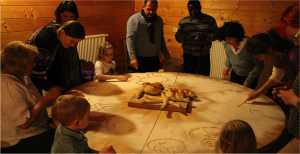 I thought that I will have to do the workshop in a standard room with a few school desks put together as a table. However, what was my surprise, when in the late afternoon Kathrin, the organizer, asked me: “Are you ready for an adventure? The workshop will be high in the mountains, in a mountain hut!” I was so excited! 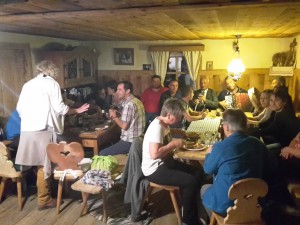 We drove almost 2 hours from Salzburg, but since it got dark I could not see the surroundings. The last portion of the road started winding up a steep mountain until we reached, literally, the very last house before the peak. Below us there was a valley with little dots of lights, sprinkled like light-bugs, and in front of us a wooden house made of round pine-tree logs. Inside, a wood-fired oven was burning and warming the place, effusing the aroma of baking bread, and a smiling blond woman gave me a strong hug. “Hi, I am Roswitha. And this is Schule Am Berg, School in the Mountain, where I teach school children from around Austria traditional bread-making with sourdough!”.

As I was meeting the other people and their children gathered for the workshop, suddenly an African man entered with a huge smile. Roswitha was so surprised to see him on such a freezing, late evening – he was one of her students, a hobby baker, and it so happened that he also worked helping refugees settle in Austria, as he himself had once been a refugee, escaping poverty and violence in Africa. He had come to surprise and see Roswitha, but imagine his amazement at hearing about our workshop – he was the perfect person to join and also get trained in the 3S method!

So, it all felt like a dreamed fairy-tale: an amazing place with amazing, inspired people, who God somehow brought together on that cold night high up in the Alps. The participants agreed that the method can be very useful in their work with refugees and immigrants, since bread-making creates a common language and equality and can easily open sincere discussions about past and future goals in life.

When saying good-bye to Roswitha, she assured me that she would invite me to come back for the big international Bread Festival in Rauris, the village, which she organizes every two years.

And so she did: in September 2015 I was back to Rauris for the International Bread Festival, together with my husband Stefan, because Roswitha wanted us to lead a large workshop for 40 people with the Theater of Crumbs method. We arrived again the same way as my first time to Roswitha’s School, late on a cold night, and as we entered the warm house, another amazing group of people expected us: Albanian folk musicians and bakers, who were singing songs, which sounded familiar to what I had heard in 2011 when I was in Albania. And, indeed, it turned out that they were from a region where I had been, and they were Orthodox Christians, which was a tiny group in Albania, a largely Muslim country. What was the chance that I would meet them in the Austrian Alps?!

During the days of the festival, I was so happy to see the Albanians make “burek”, a pastry filled with cheese that is the same as the Bulgarian burek or baniza, and bake it in a special oven, looking like a hot clay plate with a metal lid, covered in coal. The Albanians call it “frushnik”, we in Bulgaria call it

“vrushnik” – how many similarities, even if our languages are completely different! At the same time, Austrian master bakers were making all kinds of breads, pretzels, and other specialties, and baking them in a few intriguing metal mobile ovens, which reminded me of the mobile oven we built for the homeless in Brighton Beach, New York. Well, certainly a small world – and all united around bread-making!

After our workshop in the Theater of Crumbs method, many of the participants were so inspired and said that they will immediately start trying our the method in their communities or work, especially since in Austria there is a widely spread tradition in the villages for families to have their own wood-fired breadovens and to every now and then open them to other members of the community to come and bake there. And now, they had a great method to do the baking in a much more engaging and inspiring way, across ages and cultures.

During the Bread Festival, I also had a lecture on the first, Conference day, about the vision and various programs of the Bread Houses Network. I presented the BAKERS WITHOUT BORDERS global platform and also the very new educational inter-cultural and inter-generational game Bakers Without Borders, which attracted so much interest, that it is currently being translated in German.

And, finally, after meeting so many open-hearted bakers, inspired to do good in their communities, after the festival we launched a new online platform, BAKERIES WITHOUT BORDERS, specially for socially-oriented bakeries: www.bakerieswithoutborders.net. Join one day! 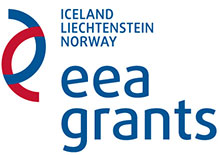